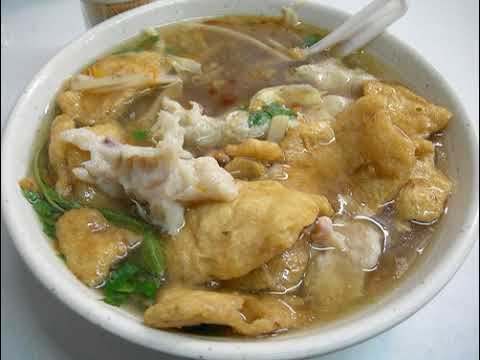 This is an audio version of the Wikipedia Article:
Fujian cuisine

SUMMARY
=======
Fujian cuisine or Fujianese cuisine, also known as Min cuisine or Hokkien cuisine, is one of the native Chinese cuisines derived from the native cooking style of China’s Fujian Province, most notably from the provincial capital, Fuzhou. Fujian cuisine is known to be light but flavourful, soft, and tender, with particular emphasis on umami taste, known in Chinese cooking as xianwei (鲜味; 鮮味; xiān wèi; sian bī), as well as retaining the original flavour of the main ingredients instead of masking them.Many diverse seafood and woodland delicacies are used, including a myriad variety of local fish, shellfish and turtles, or indigenous edible mushrooms and bamboo shoots, provided by the coastal and mountainous regions of Fujian. The most commonly employed cooking techniques in the region’s cuisine include braising, stewing, steaming and boiling.Particular attention is paid on the finesse of knife skills and cooking technique of the chefs, which is used to enhance the flavour, aroma and texture of seafood and other foods. Strong emphasis is put on the making and utilising of broth and soups. There are sayings in the region’s cuisine: “One broth can be changed into numerous (ten) forms” (一汤十变; 一湯十變; yī tāng shí biàn; chit thong sip piàn) and “It is unacceptable for a meal to not have soup” (不汤不行; 不湯不行; bù tāng bù xíng; put thong put hêng).Fermented fish sauce, known locally as “shrimp oil” (虾油; 蝦油; xiā yóu; hâ iû), is also commonly used in the cuisine, along with oyster, crab and shrimp. Peanuts (utilised for both savoury dishes and desserts) are also prevalent, and can be boiled, fried, roasted, crushed, ground or even turned into a paste. Peanuts can be used as a garnish, feature in soups and even be added to braised or stir-fried dishes.
Fujian cuisine has had a profound impact on Taiwanese cuisine and on the overseas Chinese cuisines found in Southeast Asia as the majority of Taiwanese and Southeast Asian Chinese people have ancestral roots in Fujian province.