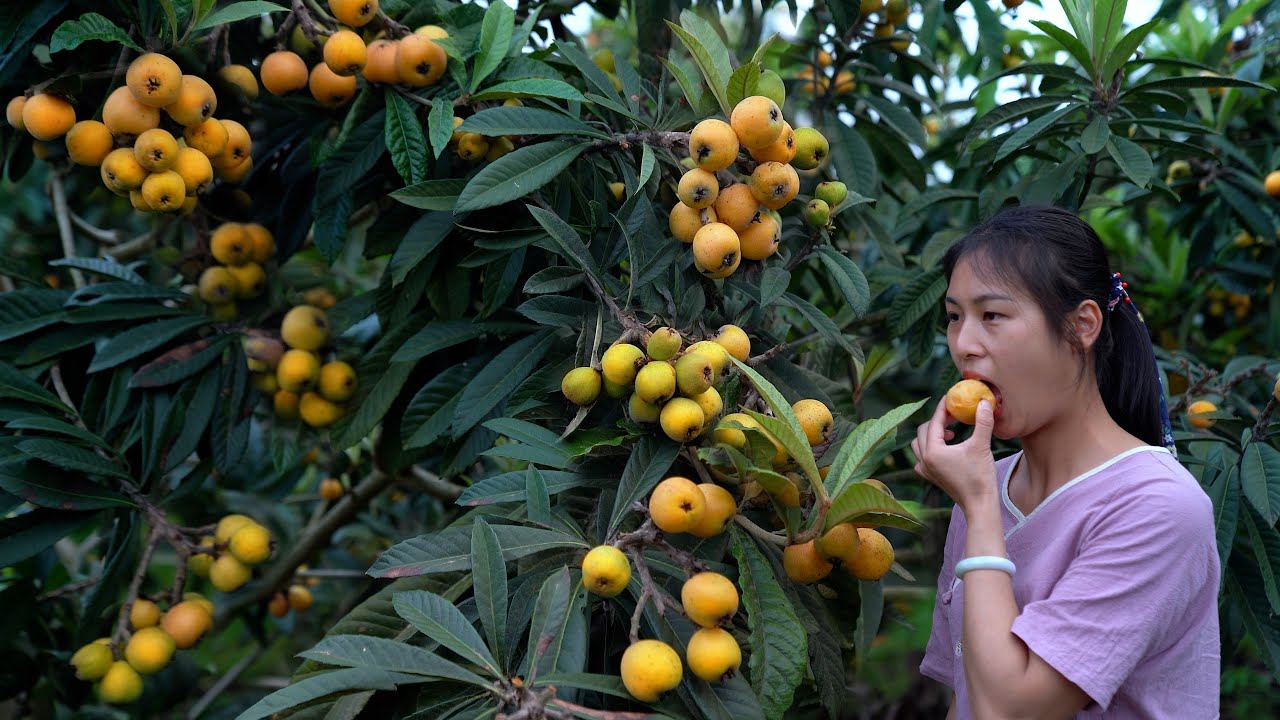 Loquats are not sweet when they just start to turn yellow. They need sunlight. The fruit under the sunshine is as charming as gold, because we can make many delicacies from it.